Chelsea is leaving for good and the movers are there to pack and move all her stuff out. Charlie falls into a deep depression for two weeks and doesn't leave his room. He won't get out of bed and has even resorted to peeing in a cup. Alan forces him to get cleaned up and go out. Charlie runs into Betsy (Ep. 7/"Untainted by filth") and they disappear together for three days with Charlie coming home married. Charlie goes to talk to Chelsea, who is staying with her dad and his boyfriend Ed Boyton (John Amos) in Valencia. It obviously doesn't go well. Apparently, Betsy is married to another man as has been known to run off with men for a few days and return as if nothing happened. Her husband doesn't mind, he's just happy he's married to someone hot. In the end the audience will know that Charlie isn't actually married to Betsy. 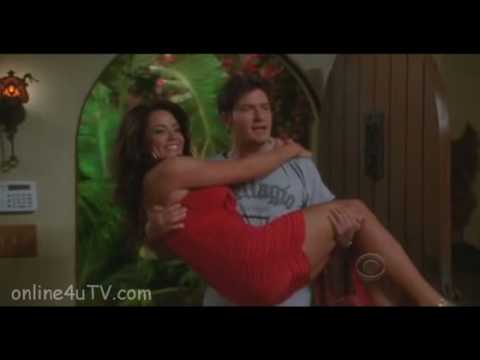