Spencer, playing double agent, invites the Little Liars to a party to celebrate her release from Radley -- but it's actually trap she is setting up. She also has a surprise up her sleeve for a very-much-alive Toby! He arrives at a diner and sees someone wearing a black hoodie, but he's completely shocked to see that it's Spencer. They realize that they are both undercover in order to unmask Red Coat and reunite.

Ezra is offered the job teaching at Rosewood High. He doesn't want to accept, but Aria tells him to take it, knowing that they will have to break up. Meanwhile, Hanna babysits Malcolm so she can find out who took kidnapped him to the carnival, and is shocked when he identifies Spencer!

When Hanna, Aria and Emily confront Spencer, she comes clean about the fake party she helped set up and why she joined the "A" Team. They decide to all work together to find out who Red Coat is and to put and end to this once and for all. At the lodge where the "party" is taking place, Mona discovers that Spencer betrayed her. Spencer and Toby take off to find Red Coat as Aria, Hanna and Emily corner Mona. The Liars learn that she doesn't know who Red Coat is either! Meanwhile, someone sets fire to the lodge with Mona, Hanna, Aria, and Emily trapped inside. The mysterious Red Coat drags them all out of the burning lodge and to safety. A disoriented Hanna and Mona claim they saw Alison, and Spencer (who wasn't in the fire), believes she saw her, too.

On their way back to safety, the Liars and Mona discover that someone has dragged Wilden's cop car out of the lake and placed it in front of the Rosewood church. As they're investigating the car, they all (including Mona!) receive texts from "A" -- then make a shocking discovery in the trunk of the car. 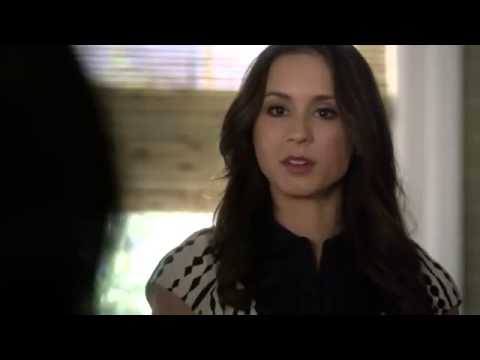 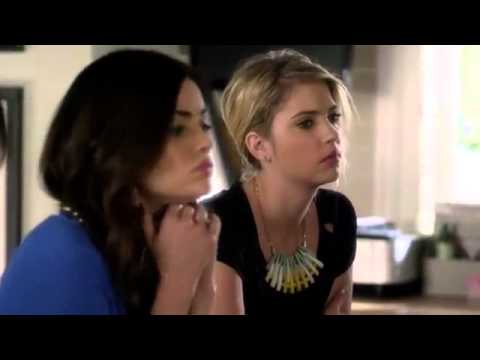