Adam (Adam Driver) comes to Hannah (Lena Dunham) with surprising news. Jessa (Jemima Kirke) spends a day off on her own. Shoshanna (Zosia Mamet) slogs through helping Ray (Alex Kapovsky) with his oral-history project, until a fortuitous run-in with Abigail (Aidy Bryant), her old boss, infuses the venture with energy.

In the wake of Hannah's baby news, Adam tells Jessa he feels compelled to help raise the child. Jessa remains detached, calmly stating, "You've got to do what you've got to do."

Adam finds Hannah at a market near her apartment stocking up on popsicles to combat the summer heat. Initially wary, Hannah is shocked when Adam proposes they raise her baby together. The two go back to her apartment and rekindle their relationship.

Jessa's façade crumbles once she's alone and she rushes to the bathroom to throw up. She goes to visit Laird and Sample, and paces around the apartment venting how Adam and Hannah are likely upstairs mapping out their child-rearing plans. Returning to the bar where she once had a bathroom encounter, she initiates another hookup but is too distressed to see it through.

"Hermie gave me everything that he did, so I could keep his dream alive." - Ray

Ray drops off Hermie's cassettes from his Brooklyn gentrification project to get digitized, passionately explaining to Shoshanna why he's committed to continuing Hermie's legacy. Shoshanna suggests he stick to the coffee business. Abigail, Shoshanna's former boss, runs into them and invites herself to lunch. She and Ray instantly click and end up spending the day together, going around Brooklyn and interviewing longtime residents. They end their day with a kiss, riding the carousel in Dumbo.

Hannah and Adam spend the day catching up and roaming the city. Hannah asks all her burning questions about his relationship with Jessa and reveals her fear of being a bad mother. Reality hits while the two are discussing their plans for the future at a diner, and they tearily realize they are no longer the right fit for each other.

Hannah returns home by herself and Adam goes back to Jessa. 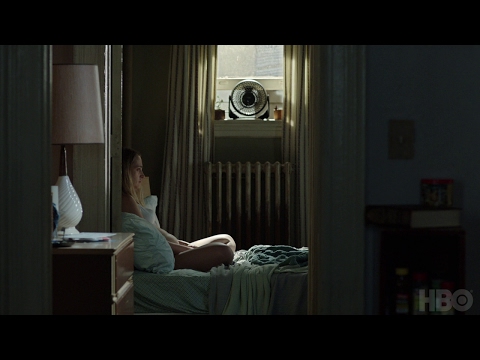