Principal Toby reprimands Hannah (Lena Dunham) for making disparaging remarks about her fellow teachers in front of students. When he tells Hannah that he's going to have to take serious disciplinary action against her, Hannah flashes her vagina at him -- Basic Instinct-style.

When Hannah tells Fran (Jake Lacy) how she managed to get out of trouble at school, he's pissed. The two get into a huge fight on their way to watch Adam's (Adam Driver) new play, 38 Neighbors. The play is set in a real apartment building, with scenes running in multiple apartments. Still angry at each other, Fran and Hannah go off to watch separate scenes on their own.

Marnie (Allison Williams) pulls Ray (Alex Karpovsky) aside at 38 Neighbors to tell him that she's left Desi. She tells Ray that she married Desi because she was afraid of what she "knew she needed" -- which was to be alone. Disappointed that Marnie is still blind to the fact that he has feelings for her, Ray goes back to watching the play alone.

At a party at Dill's (Corey Stoll) apartment, Elijah (Andrew Rannells) is having a great time until he learns that he's one of many men in Dill's life. He confronts Dill about the status of their relationship, and Dill makes it clear that he's not interested in being exclusive. Elijah leaves the party, but not before stealing a bunch of grooming products from the bathroom. Later that night, Dill shows up wasted at Elijah's apartment to have sex. He passes out instead.

Desi arrives at the 38 Neighbors performance to tell Marnie that a bigwig in the music world wants to use one of their songs on Grey's Anatomy. Desi and Marnie agree to try to make their music partnership work.

Hannah notices Jessa (Jemima Kirke) watching Adam perform his scene in the play. From the look on Jessa's face, Hannah suspects there's something going on between the two of them. When Hannah sees Adam and Jessa leave the play together, her suspicions are confirmed. Unaware that Hannah is heartbroken over this revelation, Fran thinks she's still upset about their fight. Not wanting to be alone for the night, Hannah rushes to apologize to Fran and the two head home together. 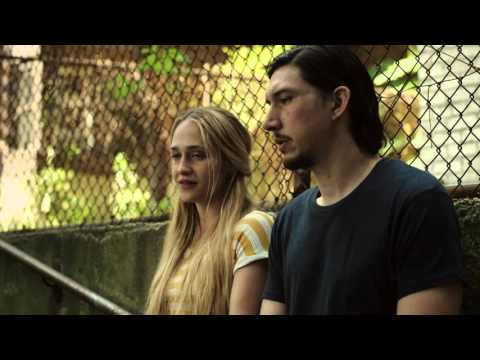