Fran and Hannah get into a fight when Fran edits the work of one of Hannah's students. Hannah wanted her students to express their thoughts, free from the confines of grammar, and Fran isn't willing to back down. As they tussle over one of the essays, they end up ripping the paper.

Marnie (Allison Williams) arrives home from a weekend with her mom to discover that Desi (Ebon Moss-Bachrach) has gathered a makeshift construction crew of neighborhood hipsters to build a wall down the center of her tiny apartment. Desi explains that he's building the wall to give her "more space". Marnie flips out and leaves the apartment.

Adam meets up with Jessa after her AA meeting and confronts her about avoiding him. Jessa tells him that she can't be with him because of her friendship with Hannah. Adam calls her a coward and storms off.

When a student approaches Hannah to find out what happened to her paper, Hannah marches over to Fran's classroom and demands that he give the student an explanation. Hannah and Fran get into a huge fight in front of the student, who runs off in distress.

Marnie and Hannah both end up at Jessa's apartment, hiding from their respective relationship issues. When Hannah vents to Marnie about Fran having prescribed expectations for how she should act, Marnie realizes that's exactly what she does to Desi. Marnie rushes off to apologize for her freak out over the wall.

Elijah (Andrew Rannells) goes to dinner with Dill (Corey Stoll). He's extremely nervous at the prospect of meeting Dill's famous friends. When it looks like the friends are no-shows for dinner, Elijah tells Dill he's okay with their relationship being one where they don't meet each other's friends. Dill tells him he shouldn't be okay with settling for that -- just as his friends make a late arrival.

When Marnie arrives home, she finds Desi trying to disassemble the wall with a tiny hammer. She apologizes for making him feel stupid and inadequate.

Hannah makes Jessa go out with her for rice pudding. Jessa is surly and harshly critical of Hannah, saying that everyone always has to drop everything for Hannah. The two get into a huge fight, and when Hannah says that maybe they shouldn't be friends anymore, Jessa agrees.

Jessa goes to Adam's apartment and admits that she's wanted to be with him for a long time. She finally gives into her feelings, and the two end up having incredibly awkward sex. Elijah goes back to Dill's apartment, where he and Dill also have awkward sex. 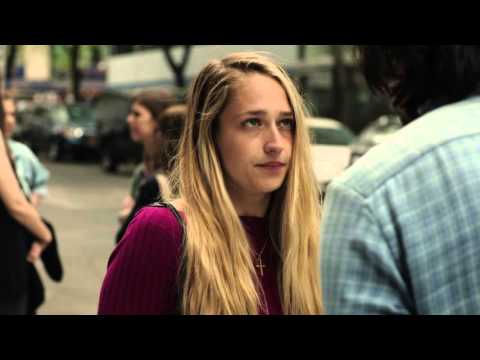