After suffering a panic attack, Hannah rushes out of Saint Justine's to get some air. Fran follows her out and takes a seat beside her. After assuring Hannah she can take as much time as she needs to collect herself, he tentatively rubs her back to help comfort her.

Shoshanna successfully interviews for an exciting job. However, she learns it requires a temporary move to Tokyo, and she must decide quickly whether or not to accept.

Hannah returns to her apartment and follows the sounds of moaning and screaming to Caroline and Laird's front door. Laird invites her in, where Hannah discovers Caroline naked in the tub, preparing to give birth at home. Laird assures Hannah that Caroline, who is "almost a doula," will guide him through the process. Though Hannah attempts to leave, the couple convinces her to stay.

Marnie and Desi have a meeting at Ray's coffee shop with their record label's president, Marcos. Afterwards, Desi goes to pay and asks Ray if the two of them are "solid" after sensing bad vibes between them. Ray tells Desi that he "f**king hates" him, then goes on to tell him, "Don't ever think that you get on stage anywhere that a vast majority of the crowd doesn't think 'douche'." Furthermore, Ray argues, Desi doesn't deserve Marnie and assures him that he'll never make her happy. "Marnie's not some tool for you to stroke your ego with," he tells the increasingly shaken Desi. "She's a beautiful, fully-formed woman, dazzling in her complexity, maddening in her mystery, and you underestimate her every f**king day."

Scott and Shoshanna have lunch together and she reveals the big news about her job -- including the required move to Japan. Scott asks her not to take the job and instead, suggests she move in with him and work at his company. "I'm going to be in love with you soon," he tells her.

Adam arrives at Caroline and Laird's, where he tries unsuccessfully to convince Caroline to go the hospital to have her baby. "Would you have open heart surgery in your living room?" Adam shouts. "Yeah, I would, probably," retorts Caroline, who refuses to leave the tub.

Shoshanna heads to Ray's coffee shop to get his advice on whether or not she should take the high-powered position she's been offered. Instead she finds Hermie, Ray's former boss, who encourages her to "lean in" and not become dependent on a man. "Be the walker, not the dog," he advises. "If this guy's worth his salt, he'll be at the airport when you return."

Jessa is the next to arrive at Caroline and Laird's. Laird refuses to call a doctor or ambulance, despite the fact that something is clearly physically wrong with Caroline. Taking charge, Jessa ties her hair back and dunks her head into the tub. Between Caroline's legs, she reports, is a foot -- the baby is breach. Jessa then orders Laird to man up and convince his wife to go to the hospital. The group then wraps Caroline up in a robe and carries her screaming down the street to the hospital.

Desi fails to show up to his musical showcase with Marnie, who tries to get in touch with him to no avail. "Well, let's just hope he didn't Jeff Buckley it," Marcos tells her. After a pep talk from Ray, Marnie decides to take the stage on her own. She sings and plays well, appearing more at ease than ever.

Caroline and Laird's daughter is born at the hospital, and they decide to name her Jessa-Hannah Bluebell Poem. Jessa, delighted to have made a real difference in their lives, returns home and announces to Shoshanna that she plans to become a therapist. Shoshanna, chopsticks and sushi in hand, reveals that she's moving to Japan.Adam and Hannah don scrubs and visit Jessa-Hannah in her incubator. Adam reveals that he and Mimi-Rose are over. "I think I was confused. And I think I made a mistake. I miss you so badly." He wants to get back together with Hannah, but she tearfully tells him she can't.

Hannah calls her mother to tell her about Jessa-Hannah's birth. When she asks Loreen how she's doing, Loreen assures her she'll be fine, but insists she herself has no future. "You have a future though, Hannah, you're not like me. Giving your life to one man who ate it all up." 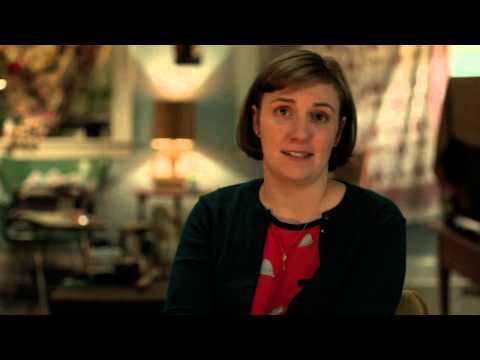